The Truth About Foreclosures

Media headlines tend to paint a picture that suggests we’re on track for disaster.

Yes, it’s true, foreclosures have increased by 150% over the course of this current six-month period, but as we all know, the media can spin that info into a housing collapse which the facts do not bear out.

When you compare the current numbers with recent history, you can see there is nothing alarming happening here.

Take a look at this chart from MBS Highway, giving a 15-year history of foreclosure numbers in the first six months of each year. 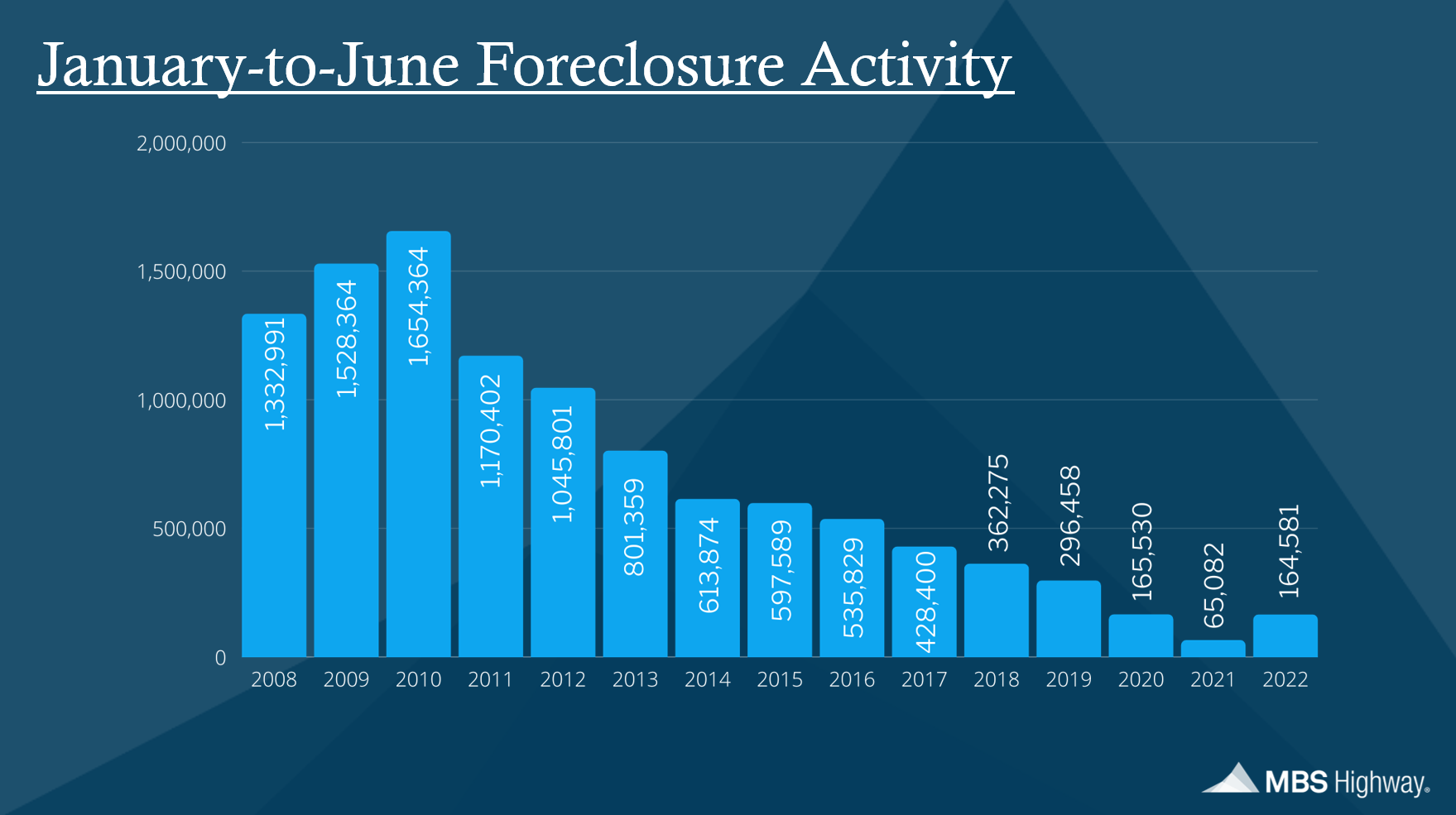 Those moratoriums were also in place in 2020, keeping numbers down in the first six months of that year, and as is visible, we have virtually the same figure currently in 2022, with no moratorium in place.

Of course, we are on a whole different level in terms of numbers when you compare 2022 to the housing market crash beginning in 2008. Foreclosures for five years until 2012 were well over one million in the first half of each year, as opposed to the current figure of 164,581.

Looking at 2019, which is a more normal, pre-pandemic year, foreclosures were significantly higher at 296,458 than the current 2022 figure.

When you factor in the strict mortgage lending conditions home buyers experience today, you can also understand why foreclosure figures are low. In addition, many homeowners now have high amounts of equity in their homes, giving them increased financial security.

There is no doubt that higher interest rates and higher home prices have had an effect on some potential buyers’ ability to make a home purchase. Low inventory means that we are still seeing higher prices as there are currently just 3.3 months supply of listed homes on the market when six months is considered a normal amount.

So, while the media may spread alarm, the truth about foreclosures is far from dire. In fact,  foreclosure numbers are lower and in some cases, much lower than any time since 2008, with the exception of 2021’s moratorium impacted-figure.